Title: Statistics on young adults and how they spent their money in 2016 to 2017. Compare the two graphs. 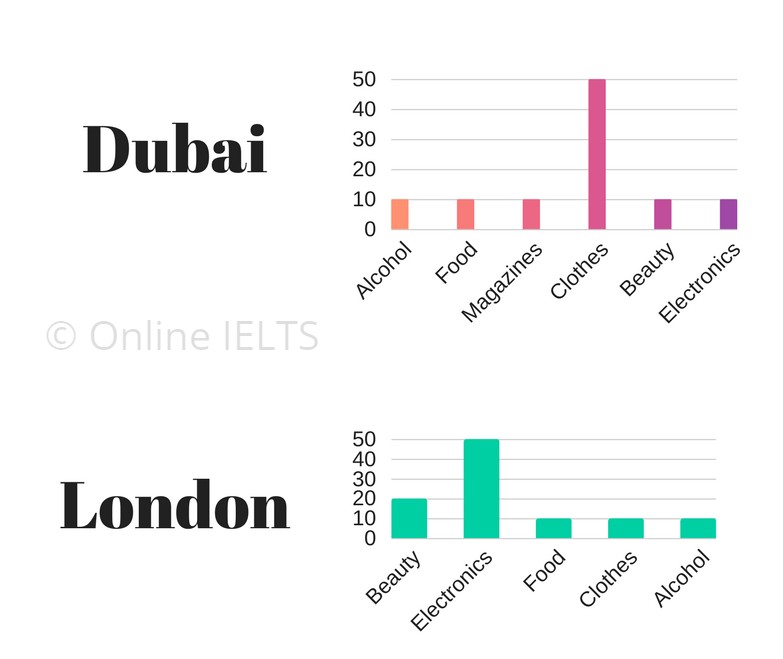 Describe the main features on the pie charts and mention any striking trends.

Only state what is shown on the graph. You are not required to give your opinion on what you think could happen or what may have happened. Stick to the facts.

The two graphs depict the statistics on young adults and how their spent their money in two cities, which included Dubai and London. The statistics are given for the year 2016 to 2017.

Secondly, the most prominent feature is that Dubai had equal measures of 10% for alcohol, food, magazines, beauty and electronics. While, on the other hand, London had 10% of people spending on food, clothes and alcohol quite equally, but beauty was recorded at 20%.