Title: Compare the two charts on men and women's wages in London. The comparison also includes the various age groups to correspond to the level of income. Figures are in annual numbers in gross and not net income. 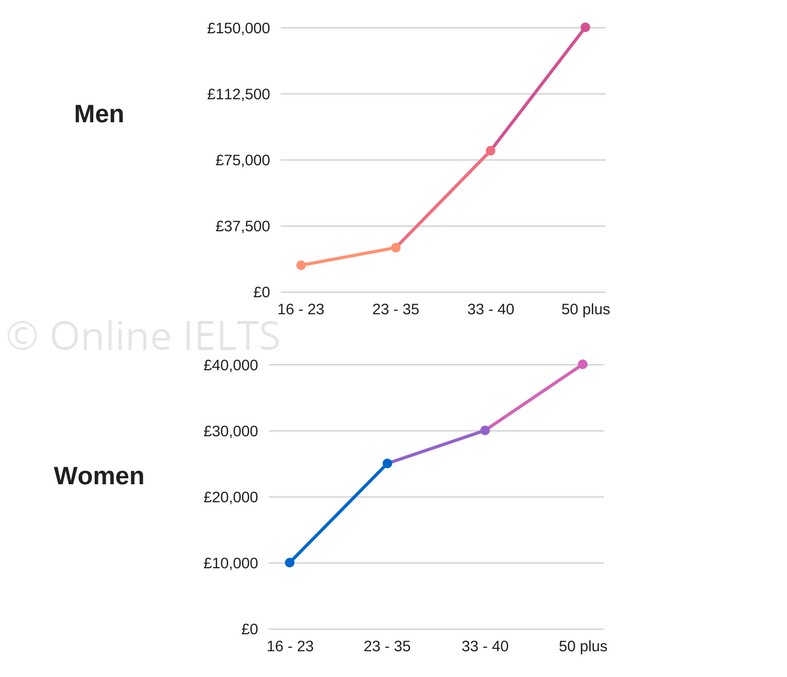 Describe the main features on the chart and mention any striking trends.

Only state what is shown on the graph. You are not required to give your opinion on what you think could happen or what may have happened. Stick to the facts.

The two plot graphs depict the salary among men and women in London. The various age groups include 16 – 23 year olds, 23 – 35 year olds, 33 – 40 year olds and people aged 50 plus. It is important to note that figures are given in annual numbers for gross salary.

To sum up, it can be seen that men in London according to the graph had a salary or earnings of almost as three times as much as women, which was grossly disproportionate to the figure among women who did not earn as much as men.