Title: Compare the two plot graphs below on population growth for the two cities given. The figures are given in millions. Figures are in annual numbers - measured in millions or hundreds of thousands. 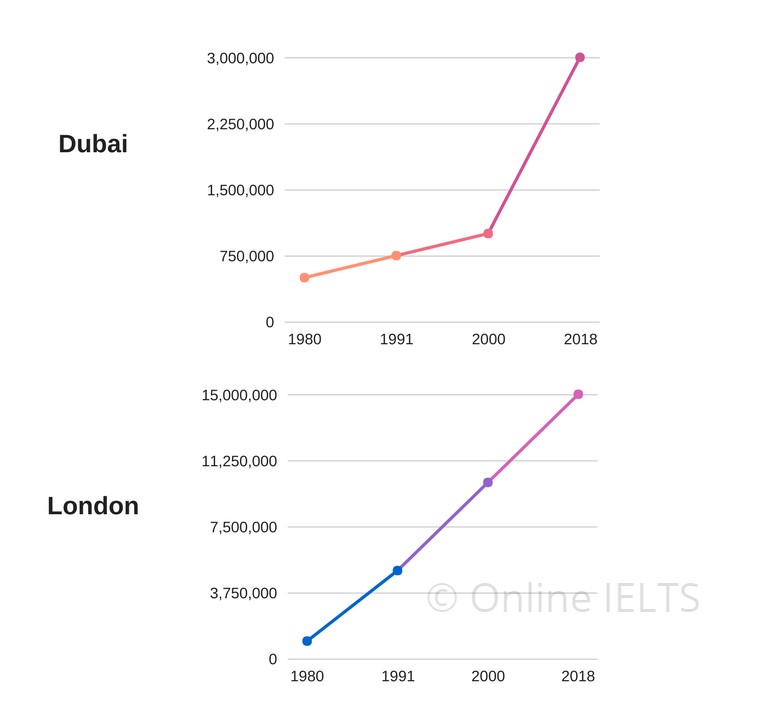 Describe the main features on the chart and mention any striking trends.

Only state what is shown on the graphs. You are not required to give your opinion on what you think could happen or what may have happened. Stick to the facts.

The two plot graphs depict level of population growth in two cities - namely - London and Dubai. The population growth figures are given in annual numbers and have been given as millions of people or hundreds of thousands of people. The years the growth has been measured is from the year 1980 to 2018. The growth is for almost 40 years, which spans across four decades.

Secondly, Dubai had an exponential level of growth from 2000 to 2018. In the 18 years - the population soared to 3 million people, which was the final figure in 2018. On the other hand, London experienced more steady growth reaching 15 million people in 2018.